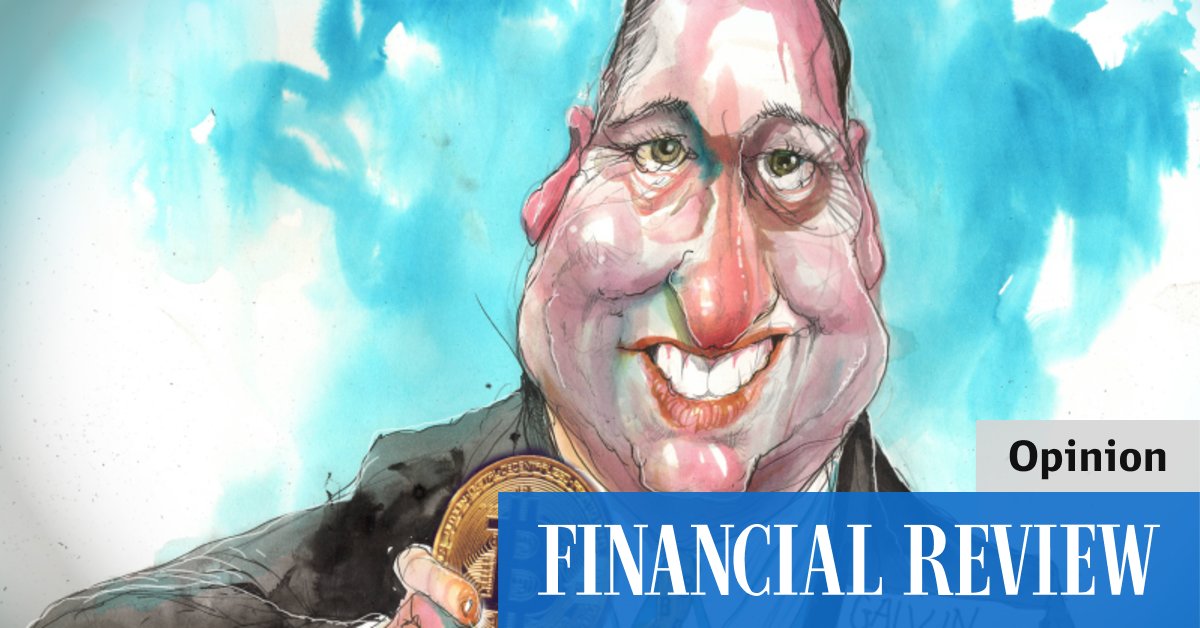 Richard Galvin, co-founder and chief executive of crypto fund manager Digital Asset Capital Management, says he is confident a bitcoin ETF will be launched this year – despite making similar calls in 2019 and 2020 and proved to be wrong.

“There are many regulatory benefits from having an ETF,” he said.

“You bring trading on to your regular exchanges where people have custom broker relationships with KYC (know your customer) and AML (anti-money laundering) relationships.

“And, you can get disclosure documents with risk disclosures and those kinds of things as well. It seems pretty simple to me, but obviously the regulators have taken a different perspective.”

Galvin, a former JPMorgan investment banker, says the US Securities and Exchange Commission has been against listing a bitcoin ETF for a very long time but there’s a good chance that will change this year with a change in SEC leadership.

Bitcoin went from an interesting asset to one that had a very tangible macro use case and was being adopted by some of the smartest people in the room.

Former Goldman Sachs banker Gary Gensler was named this week by President-elect Joe Biden as the new chairman of the SEC. Gensler is a former chairman of the Commodity Futures Trading Commission (2009-2014), which has been a leader in recognizing the importance of Bitcoin in financial markets.

The CFTC allowed the creation of the first bitcoin futures contracts on the Chicago Mercantile Exchange in December 2017. While it is true that Gensler was not in charge of the CFTC at the time, it is said to support bitcoin privately as a legitimate asset class.

A New York-listed bitcoin ETF would require the SEC to abandon its default position that Bitcoin markets are inherently vulnerable to “fraud and manipulation”.

This line of thinking, not inconsistent with regulators elsewhere, was behind the SEC’s decision in 2017 to ban the listing of bitcoin ETFs managed by Cameron and Tyler Winklevoss, the founders of crypto exchange Gemini.

But Galvin says the regulators in 2021 will look at the growth of Bitcoin’s Grayscale Trust, which is a closed-end fund, and recognize that retail investors can safely buy and sell bitcoin.

Grayscale Bitcoin Trust is now the largest owner of bitcoin in the world. Besides investors being able to buy units in the trust, bitcoin owners can sell bitcoin to the trust.

There is an arbitration incentive for selling bitcoin to Grayscale because six months after purchasing the bitcoin the seller is given Grayscale shares, which trade at approximately a 20 percent premium to Bitcoin price.

Listing a bitcoin ETF in New York could result in the Grayscale Bitcoin Trust losing its premium to bitcoin.

Another list this year that will give bitcoin added credibility is the largest crypto-currency exchange in the US, Coinbase Global. It could list with a valuation of between $ US30 billion and $ US60 billion.

Australian and ASX regulators will be keeping a close eye on developments in the US in relation to the potential listing of bitcoin ETFs.

Chanticleer is aware of at least one bitcoin fund manager eager to list bitcoin ETFs in Australia.

It is safe to assume that the ASX and the Australian Securities and Investments Commission will turn their minds to the question of what exactly is the appropriate regulatory framework for Bitcoin and how that might be applied to ETFs and companies.

The ASX issued cryptocurrency guidelines in 2019 and these essentially ban all crypto-currency companies.

Galvin says bitcoin is gaining institutional acceptance from people like Paul Tudor Jones and Stanley Druckenmiller because of its growing share of financial assets and its potential to disrupt the entire financial services sector.

He says the growth in the number of entities offering bitcoin custody products is indicative of the evolving sophistication of bitcoin’s regulatory framework.

“Bitcoin went from an interesting asset to one that had a very tangible macro use case and was being adopted by some of the smartest people in the room,” Galvin said.

“The second thing that I think was a real game changer for us was the adoption of these decentralized finance apps, which really gave ethereum a purpose, which is the second-largest blockchain asset.

“It’s a little known fact that ethereum performed significantly better than bitcoin last year. For example, ethereum was up about 400 percent last year and bitcoin was up about 300 percent.

“You not only saw bitcoin being adopted as digital gold and found its place in the world’s macro stack, you saw ethereum finding its use case in these decentralized applications where people are building innovative financial products that is mind-blowing and attracts large-scale consumers, “he said.

“The amount of capital used from the beginning of 2020 to the end of 2020 in these decentralized finance apps rose from $ US692 million to $ US24 billion.”

Galvin runs three separate digital asset funds registered in the British Virgin Islands with between $ US75 million and $ US100 million in assets under management.

These funds had an incredible year in 2020 on the back of an equally amazing year in 2019.

Its DAF Liquid Enterprise Fund, which was the best performing VC crypto fund in 2019, closed the year with a 500 percent return taking its two-year gain to 900 percent.

Its DAF Greeks Fund, a market-neutral fund that invests in digital derivatives, achieved its target return of more than 25 percent.

Galvin says he is amazed at the number of Australian entrepreneurs carving out a presence in the decentralized finance market, also known as DeFi.

DeFi projects with Australian connections included Synthetix, mStable, Thorchain, dHedge and RenVM. Success in this area is measured in terms of “total locked value”, which refers to the size of loan books and the liquidity available on exchanges.

For example, the total locked value on Synthetix is ​​$ US1.7 billion.

Galvin understands why regulators such as the Bank for International Settlements, the central bank of central bankers, are concerned about the impact of cryptocurrencies on financial stability.

“It’s a much harder place to regulate because you’re basically dealing with code that’s online and accessible to anyone,” he said.

“And remember, when these DeFi applications launch it’s a piece of code and you can’t close it. No one can turn them off.

“I guess what the regulators need to do, what they’re trying to get around is how do you manage the compliance issues that come with that.

Galvin says the other big issue that central banks, regulators and the finance industry need to consider is the huge potential disruption to money intermediation.