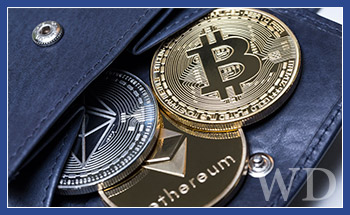 Coinbase, one of America’s best-known cryptocurrency companies, has secretly filed to go public. It’s been about a month since the well-funded Coinbase announced its upcoming IPO, which could come sometime in early 2021. That IPO market momentum we saw in 2020 has continued to into 2021.

Coinbase’s first market appearance was anticipated for some time. There were even rumors that the company was expecting to appear for the first time in 2020, but those plans obviously fell through. Coinbase broke the news of its first market appearance in a blog post towards the end of December. The digital currency exchange was founded back in 2012, and like most unicorn startups that catch the public eye, is based in San Francisco, California. It brokers swaps from Bitcoin, Bitcoin Cash, Ethereum, Ethereum Classic, Litecoin, and Tezos as well as with other cryptocurrencies. Coinbase serves about 32 countries with fiat currency and 190 countries with bitcoin transactions and storage.

The company was founded in 2012 by Brian Armstrong, a former Airbnb engineer, and Fred Ehrsam, a former Goldman Sachs trader. Coinbase made some interesting steps towards growth as a young company. By 2014, it had grown to one million users and partnered with major brands, such as Overstock, Dell, Expedia, Dish Network, and Time Inc., to accept bitcoin payments. Bitcoin payment processing capabilities were also added to traditional payment companies like Stripe, Braintree, and PayPal. Fast forward a few years to 2017 and 2018 when the cryptocurrency market hit a valuation of around $ 830 billion. From there, the market valuation, and the price of Bitcoin, began to fall. It wasn’t until November 2020 that things started to pick up for the crypto world, with Bitcoin surpassing its previous peak price, trading above $ 20,000.

For a few months now, cryptocurrencies and the cryptocurrency market appear to be back on the radar for investors and market watchers. The price of Bitcoin has gone from about $ 9,177 to $ 36,380 in six months. This cryptocurrency rally seems a bit different from what happened a few years ago, especially now with uncertainty about the US economy and the potential for a long-term economic crisis. Institutional investors want alternative assets – like Bitcoin and other cryptocurrencies.

The biggest free investment you will ever make.

Join Wealth Daily today for FREE. We’ll keep you on top of all the hottest investment ideas before they hit Wall Street. Become a member today, and receive our latest free report: “IPOs to Watch in 2021”

It contains full details of tips on how to take advantage of the hottest IPOs forthcoming.

After receiving your report, you will begin to receive the Wealth Daily e-Letter, delivered to your inbox on a daily basis.

This type of market uptick creates a good IPO story for Coinbase and enhances its ability to market itself to investors ahead of its public appearance. The details of how the company intends to make its public appearance remain unclear. Will it take the traditional route with an initial public offering or through a direct listing? It is also unknown when exactly the company will go public. Most likely, he will want to appear soon in order to benefit from the cryptocurrency market momentum. Flori Marquez, founder of crypto lender BlockFi (Coinbase is an investor in BlockFi), had this to say about Coinbase’s IPO:

Knowing you have a crypto company in front of the SEC, having active thought-provoking conversations, how do we make it easier for US consumers to invest in this asset class, is huge news for the space at its all … I think it bodes very well for future development in Bitcoin and what companies can do in space going forward.

In October 2018, Coinbase raised a significant amount of money in its Series E funding round, earning about $ 300 million. At that time, the company’s valuation was estimated at around $ 8 billion, but that number is likely much higher now. That was a few years ago, and with the latest financial details of the company not publicly available, it is unclear how much Coinbase’s revenue has grown. An IPO from Coinbase could be huge for both the company and the market. Cryptocurrency is still a fairly new market and most retail investors have misconceptions about it or find it confusing. Having a company like Coinbase up front and the public could reduce investor confusion.

If you are interested in the IPO market and want to better understand your options in this market, well, then you are in the right place at the right time. A. A colleague of mine, Jeff Siegel, gives viewers a unique opportunity to look inside his private strategy that he unveils for the first time at a special event on Thursday, January 21, at 3 pm EST (12 pm PST ). Click here to register to reserve your place! Don’t forget to sign up for text alerts so don’t miss out on the event!

Monica Savaglia is Wealth Daily’s IPO expert. With passion and knowledge, she wants to open the world of IPOs and their long-term potential to everyday investors. She does this through her IPO Authority newsletter, a one-stop resource for all things IPO. She is also a regular contributor to the Wealth Daily e-letter. To learn more about Monica, click here.

The Best Free Investment You Ever Made

Sign up to receive the Wealth Daily newsletter – it’s free! In each issue, you’ll find our best investment research, designed to help you build a lifetime of wealth, without the risk. Also, by signing up, you will receive our new report immediately: Surviving the Coming Economic Downturn.

After receiving your report, you will begin to receive the Wealth Daily e-Letter, delivered to your inbox on a daily basis.