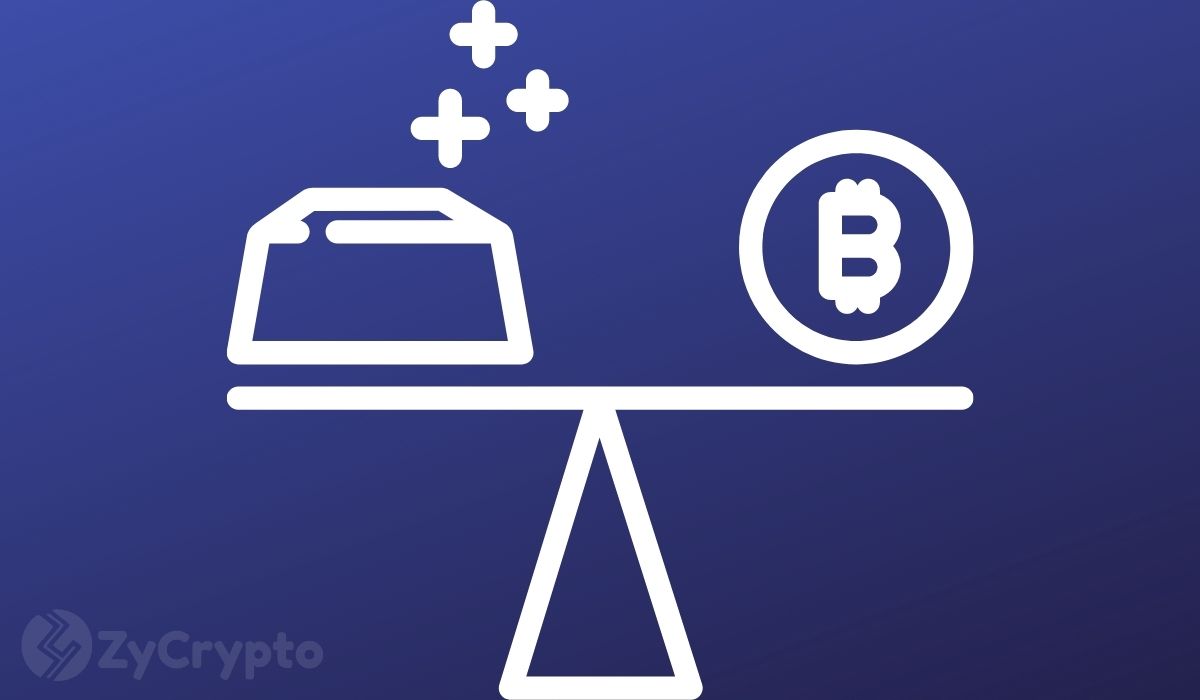 In a note to investors, Goldman Sachs claimed that Bitcoin poses no real threat to Gold, as many international investors continue to cut their investments in gold and add Bitcoin into their portfolios.

“We see no evidence that the Bitcoin rally is cannibalizing a gold bull market and believes that both can coexist.”

Goldman Sachs is well known in the crypto industry for criticizing Bitcoin and saying that cryptocurrencies are not an asset class.

Bitcoin vs Gold as Inflation Hedges

According to Goldman Sachs, Bitcoin has outperformed gold and other traditional assets, but the role is only a temporary replacement due to the ongoing fiat inflation.

“Gold’s recent underperformance against real rates and the dollar has left some investors worried that Bitcoin is replacing gold as the inflation hedge of choice.”

Central banks around the world including the Federal Reserve and the Bank of England have been injecting more and more fiat into the economy in fiscal measures against the economic downturn caused by the covid. Bitcoin, meanwhile, will close 2020 with a new record after exceeding its all-time 2017 and exceeding $ 23,000.

Goldman Sachs said that despite its impressive performance, Bitcoin will not threaten gold’s status as the best asset of choice for hedging against inflation.

“We do not see the growing popularity of Bitcoin as an existential threat to gold as the currency of last resort.”

As Bitcoin’s upward price rally continues, more investors are cutting their exposure to gold to invest in bitcoin. MicroStrategy, the first among multinationals to publicly declare their investments in bitcoin has also been at the forefront of buying more and more Bitcoin.

Most recently, Jefferies head of global equity strategy Christopher Wood cut his investment in gold to invest in Bitcoin. Wood also said it will increase exposure in cryptocurrencies in subsequent price corrections.

“The 50 per cent weight in physical gold bullion in the portfolio will be reduced for the first time in many years by five percentage points with the money being invested in Bitcoin.”

In addition to supporting Bitcoin, Wood also shares the same sentiments about Gold as Goldman Sachs. He said gold is also bullish and that it will not be threatened by greed or fear of losing out in the digital asset market.

“This does not mean that GREED and far are going to give up on gold.”