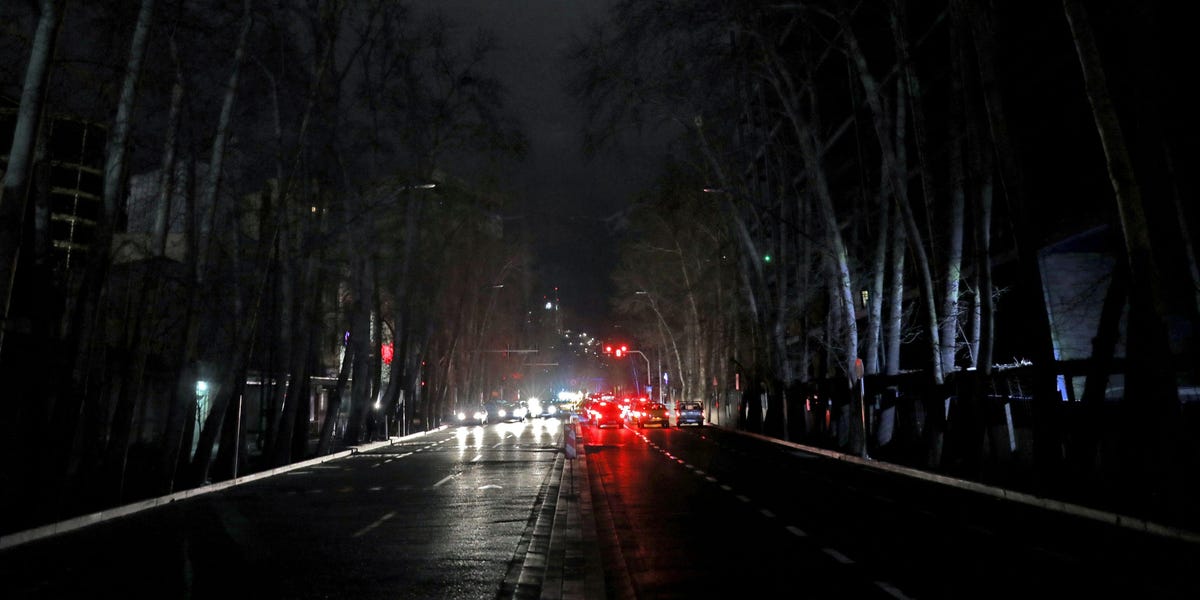 The Iranian government has blamed Bitcoin and other forms of cryptocurrency for power cuts across the country that have left millions in darkness.

Many of the capital, Tehran, and other major cities, including Mashhad, Tabriz, and Urmia, have repeatedly experienced blackouts.

Residents took to Twitter to show the effects with users posting videos of traffic driving along unlit roads.

Another tweeted a video of what appears to be a dark shopping mall.

Iran has one of the top ten cryptocurrency capacities in the world, at 450MW per day, according to the Associated Press.

Read more: Cryptocurrency salaries revealed: From $ 60,000 to $ 400,000, here’s how much you could earn working in cryptocurrency

This has resulted in the emergence of thousands of illegal cryptocurrency farms, some located in schools and mosques, Radio Liberty noted.

It’s also the result of Iran’s cheap electricity, which costs 4 cents kWh compared to an average of 13 cents in the US, Al-Jazeera added.

Now, the government blames cryptocurrency, especially Bitcoin, for straining the electricity grid and causing blackouts throughout the country. Others say that “decades of mismanagement” of energy supply is to blame.

Authorities have closed 1,600 centers, including those legally allowed to operate for the first time, the Associated Press added.

According to local media, the state-owned electricity company Tavanir shut down a large Iranian-Chinese Bitcoin farm amidst the power cuts.

The Washington Post reported that the cryptocurrency center in the southeastern state of Kernan was shut down because of its heavy energy consumption despite being fully licensed to operate.

Mohammad Hassan Motavalizadeh, the head of Tavanir, said 45,000 illegal Bitcoin machines that use 95MWh of cheap electricity have been seized by police, he added.