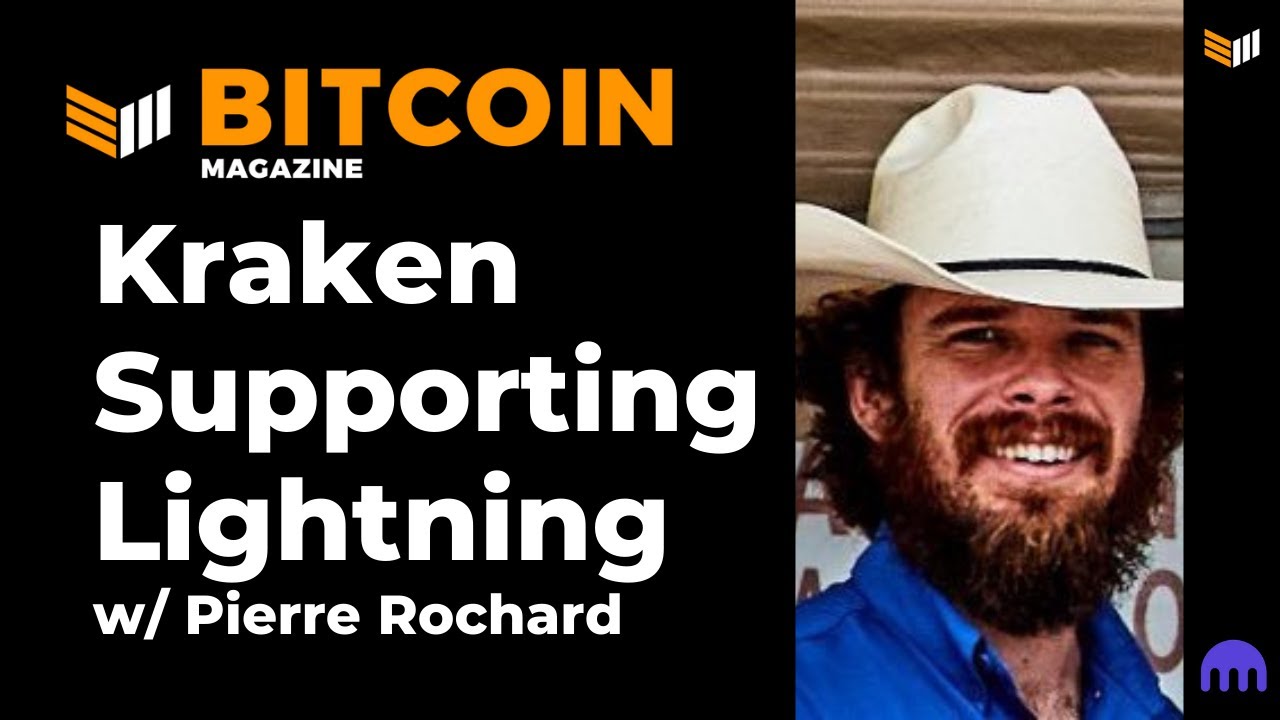 Kraken today announced upcoming features designed to bring the benefits of the Bitcoin Lightning Network to its global exchange in the first half of 2021. Pierre Rochard, a Bitcoin strategist, sat in Kraken. Bitcoin Magazine for an exclusive interview about Kraken’s intentions to implement Lightning in 2021.

“Kraken is growing a lot, we’re hiring a lot, we’re also looking to take on new technological challenges, and also create new features that are going to create value for our consumers. One of the ones we are announcing today is that we will launch support for Lightning in the first half of 2021 ”said Rochard.

Rochard believes Lightning will enable Kraken to greatly improve its customer experience in terms of deposit and withdrawal of bitcoin. Today, Kraken requires three confirmations (taking about 30 minutes) to deposit and charges a flat $ 10 fee for withdrawals. With Lightning, deposits settle almost instantly and reduce fees near zero.

“In both cases, we’re talking about orders of magnitude of improvement on the speed and efficiency of bitcoin transfer and Kraken thinks this will open up a lot of very cool use cases.” said Rochard.

Kraken will start its Lightning support with only withdrawing API access, followed by user interface access removal and, finally, deposits.

Kraken is building a dedicated Lightning team to build and manage its Lightning related infrastructure.

Rochard is calling for people with a deep understanding of lightning and front-end engineering to come help build the Bitcoin ecosystem with Kraken.

When asked if Kraken’s dedicated Lightning team will contribute to the development of open source Lightning, Rochard responded, “Part of our mentality is that we are likely to be one of the biggest users of the Lightning Network. We are going to face unique challenges associated with scaling Lightning goals and providing a seamless user experience. That’s why we want to have a dedicated team that can have the engineering talent to contribute upstream to open source, but also maybe start some open source projects ourselves and we’ll find to ways in which we can contribute to the ecosystem in a truly compelling way. But we really want to start by humbly sending sats back and forth. ”

“If we look at the data on the chain for Bitcoin we see a lot of transitions going from one exchange to another,” he said. “It would really improve the exchange industry as a whole if we moved to a net settlement process that implies a single transaction summarizing many transactions. Lightning provides that for free basically in the sense that we can open a channel between Kraken and another exchange and then we can keep that channel open forever. ”

Rochard believes exchanges will be interested in building on Lightning’s cryptographic guarantees and is inviting any member of the larger exchange space to collaborate with the Kraken Lightning team to help increase Lightning’s adoption and, ultimately, cryptocurrencies’ adoption.