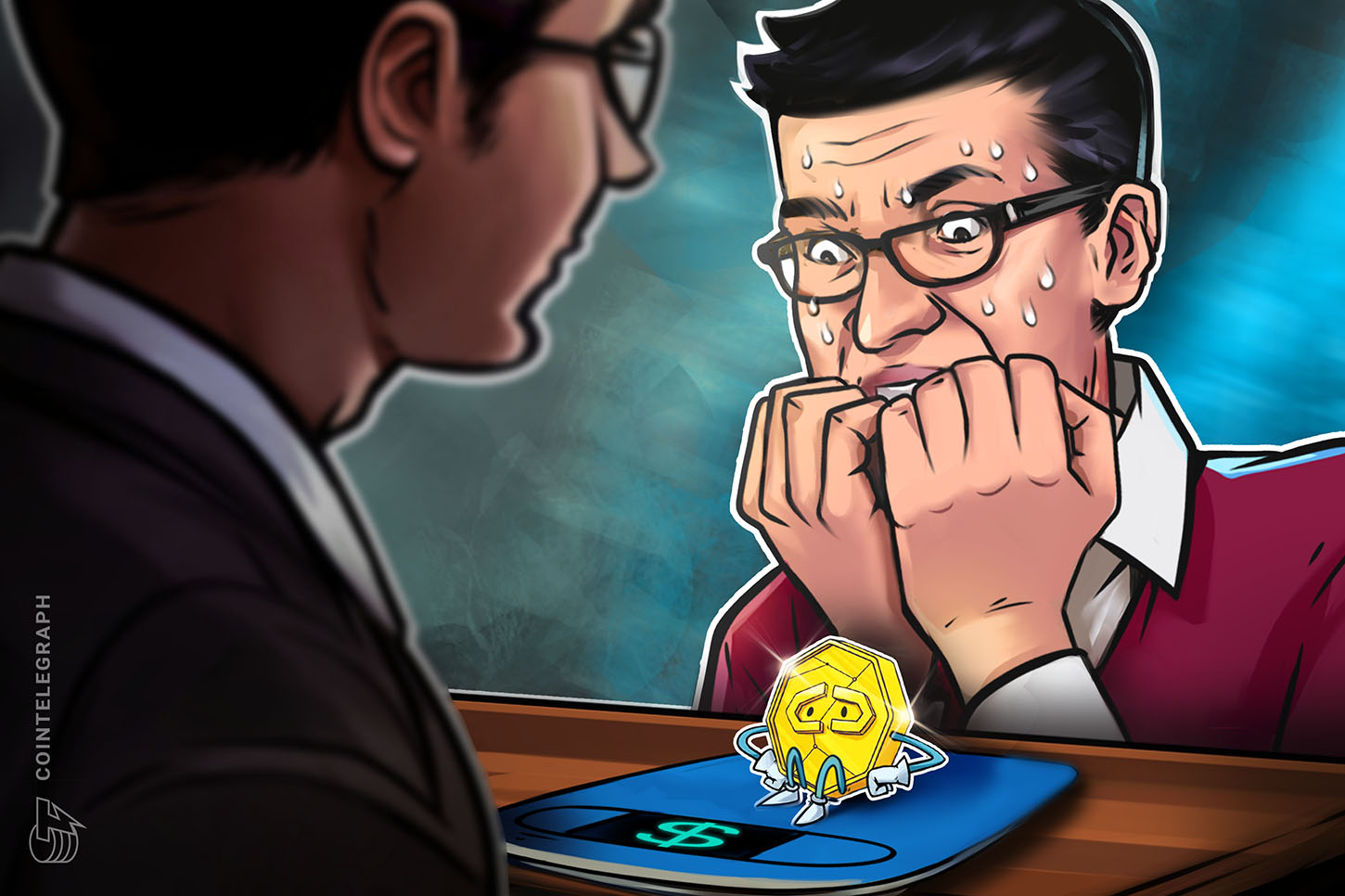 The U.S. Internal Revenue Service is blinded by its desire to defeat cryptocurrency. He rushes to oblige without first thinking how best to get there. He has spent millions of taxpayer dollars training his personnel and acquiring private contractors to expose non-compliance by crypto users. The IRS is aggressively arming its people to enforce the tax laws that apply to cryptocurrency. All the while, he ignores “established” frameworks to help ensure compliance and tax collection on crypto transactions.

Crypto tax amnesty is the easiest and fairest way to get from point A to point B, and yet the IRS prefers unfair and aggressive tactics that disproportionately affect one taxpayer population – the young.

That framework, a well-publicized amnesty program, began over 10 years ago. There is already an elegant blueprint to follow. In March 2009, the IRS announced a foreign tax amnesty program called the Offshore Voluntary Disclosure Program, or OVDP. The program came in response to U.S. taxpayers not disclosing their foreign bank accounts and not reporting billions of dollars in tax on foreign income. In return for voluntary disclosure and payment of tax, OVDP offered taxpayers the opportunity to avoid criminal prosecution and pay much less (sometimes, not at all) penalties. Without OVDP, taxpayers faced prison time and a range of harsh civil penalties. The program was a huge success – in just seven months, some 15,000 disclosures were made, netting nearly $ 3.5 billion in back taxes, penalties and interest.

Seeing the usefulness of OVDP, the IRS extended the program through several iterations. A total of about 56,000 taxpayers came forward and the IRS collected more than $ 11 billion in after-taxes, interest and penalties. Even the worst prognosticator could predict a similar result with a crypto tax amnesty program. Consider this: There is a $ 25 billion dollar crypto “tax gap”, nearly 37 million Americans now own some form of cryptocurrency, and the compliance rate is only about 50%.

The tax gap is wide enough, the population is numerous, and the compliance rate is depressing. Because of this, a crypto tax amnesty could generate far more disclosures than OVDP and collect many more tax dollars. The similarities are obvious, but several key differences further favor crypto amnesty.

The first difference lies in the demographic of crypto users. Nearly 60% of Bitcoin (BTC) users are under the age of 35, and 17% are barely out of high school, currently in their early 20s. This is important because this demographic is by far the least experienced group of taxpayers. Unlike taxpayers who engage in transactions abroad, millennials are least likely to recognize the nuances of reporting capital gains and losses, restrictions on capital losses, rejection of capital expenditure, carry-over losses, step-up basis, carry-over basis and adjustments to base, and the list goes on and on.

Despite this inexperience and youth, the IRS refuses to offer crypto users a tax amnesty program. Instead, the IRS offered tax amnesty to a much more experienced group of taxpayers engaged in foreign transactions. These taxpayers are much more likely to understand the nuances of tax law and employ tax attorneys and CPAs, and are more often “tax cheats” while people who avoid paying crypto are often unintentional. Despite this, the IRS is targeting the least experienced demographic unscrupulously.

Related: Crypto could save millennials from the failed economy

There is more unfairness beyond the simple demographic. Foreign Bank Accounting Reporting, or FBAR, is a fundamentally sound area of ​​tax law, while cryptocurrency taxation is not. Fairness demands that amnesty be offered on the simple fact that cryptocurrency taxation is often misunderstood, and that it is a new area of ​​emerging tax law. The rules are not well settled, and the current IRS guidelines only contain two IRS Alerts and a set of FAQs – neither, incidentally, is legal binding on the IRS. That is, a crypto taxpayer cannot legally rely on them. Until legally binding guidelines are released and the rules are better developed, crypto tax amnesty is the fairest solution.

The crypto demographic is further disadvantaged by the fact that third-party reports about crypto transactions are virtually non-existent (only two of the nine cryptocurrency exchanges in the US have issued transaction reporting policies). In other contexts, taxpayers can rely on annual 1099s or brokerage statements to report their basis and capital gains or losses. This is not available to most taxpayers in their 20s who are participating in cryptocurrency conversions and are likely only familiar with simple W-2 tax returns. Instead, they must sit down with pencil and paper and track spot prices (with no NYSE to rely on), determine market fair values, adjust their basis, and calculate their gains and losses across multiple exchanges at different times with different fees.

Coinbase, one of the largest and most popular exchanges, changed from issuing 1099-K forms to 1099-MISC forms. This is significant because the reporting thresholds for the latter are much lower. For Forms 1099-K, there is a reporting obligation if the taxpayer exceeds 200 transactions or a $ 20,000 threshold. In contrast, 1099-MISCs are issued if a taxpayer receives more than $ 600 in payments during the year. Now, due to lower thresholds, tens of thousands more taxpayer names are being provided to the IRS – all let alone grounds. Pending third-party cryptocurrency reporting in line with other capital transactions, crypto tax amnesty is the fairest solution.

If a person receives Bitcoin on Day 1 in exchange for selling a video game, and then receives Bitcoin on Day 2 for selling a pair of sunglasses, he must calculate the FMV of the Bitcoin earned at different periods, less basis, each have a solid understanding of the impact of self-employment tax and the need to pay estimated taxes. The young taxpayer’s logbook may compete against a long-distance trucker’s book. These misconceptions are numerous, and crypto tax amnesty is the fairest solution, far fairer than crypto-based self-employment tax audits.

To add salt to the wound, there is still no IRS de minimis a rule for crypto transactions that involves even the smallest purchase of property. It could be argued that the young taxpayer could get capital gains when buying a pack of gum with XRP (a pack of gum costs $ 1.50 and Ripple trades around $ 0.50). Because it received some value beyond the XRP it paid, it has capital gains. In this regard, the current IRS regime is tightening on the brink of absurdity.

The Taxpayers’ Bill of Rights addresses this exact problem of unfairness, shouting amnesty at the top of its lungs.

The Right to Information states:

“Taxpayers have the right to know what they need to do to comply with the tax laws. They are entitled to clear explanations of the IRS laws and procedures in all tax returns, instructions, announcements, notices, and correspondence. They have the right to be informed of IRS decisions regarding their tax accounts and to receive clear explanations of the consequences. ”

The Right to a Fair and Just Tax System states:

“Taxpayers have the right to expect the tax system to take account of facts and circumstances that may affect their underlying obligations, their ability to pay, or their ability to provide information in a timely manner.”

Crypto tax amnesty has little fanfare because the right people don’t care – it’s a young person’s tax problem. Big banks and large corporations were worried about foreign bank account reporting and a tax amnesty program emerged, but crypto users do not have central support to support them. In fact, their very existence is based on devolution. Unfortunately, until the “right” people are affected, a crypto tax amnesty is unlikely. But if institutional integrity has meaning, the IRS should extend the olive branch – despite the absence of the “big hitters.”

The IRS Commissioner, with all due respect, opens the borders and offers amnesty to this flow of young taxpayers. A fair and just tax system demands that.

Jason Morton practicing law in North Carolina and Virginia and a partner at Webb & Morton, PLLC. He is also a Judge Advocate in the Army National Guard. It focuses on tax protection and tax litigation (foreign and domestic), estate planning, business law, asset protection and cryptocurrency taxation. He studied blockchain at the University of California-Berkeley and studied law at the University of Dayton and George Washington University.